What to Expect When Dating in Barranquilla 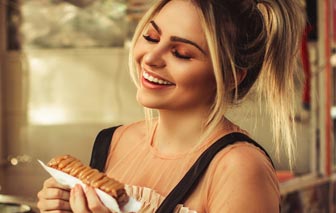 Find out what you can look forward to when dating in Barranquilla.

When talking about Colombia’s dating hotspots (as in those cities where there are plenty of beautiful ladies), the first places that would probably come to mind are Medellin, Cartagena, or Bogota. Frankly, though, we can’t really blame people for thinking that those are the only places in Colombia where you can find beautiful Latinas in, because more often than not, those are the only Colombian cities most people know in the first place.

But quietly lurking in Colombia’s Caribbean coast is the unassuming, quaint city of Barranquilla. Although it doesn’t have the allure and prestige of its more famous neighbors, it is a Latin American dating gold mine in its own right.

While all the frenzy and craze is aimed towards the plusher and more frenetic cities in the interior, Barranquilla on the other hand just keeps a rather low profile considering the number of stunningly gorgeous Latinas living in the city.

So if you’re wondering what is Barranquilla like, read on through as we delve deeper into what you can expect in this beautiful city along with a comprehensive dating guide to help you increase your odds of landing a date with a Barranquilla beauty:


There you have it! If you’re looking for a place where your odds of landing a date with a Latina are significantly higher, Barranquilla is worth visiting for sure. And once you decide to pack your bags and head to Barranquilla, just keep these tips in mind so that you won’t be going in completely blind.