5 Exciting Things to Do during the Colombian New Year 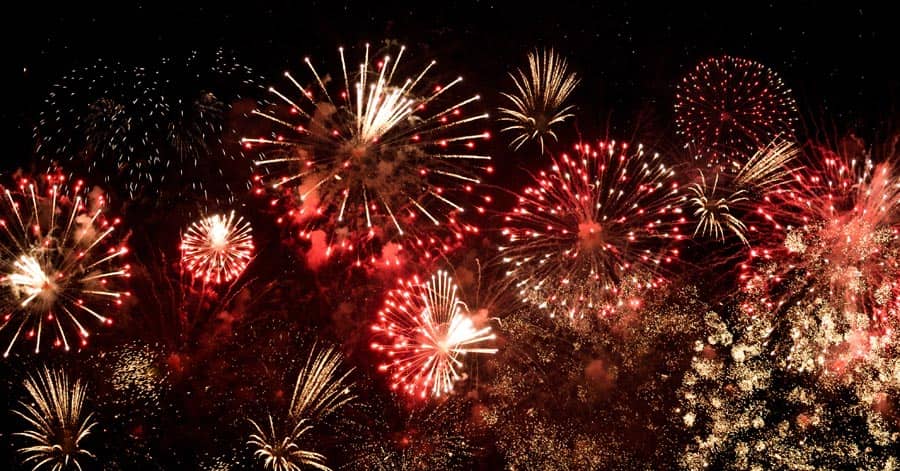 There are tons of exciting things to do when celebrating a Colombian New Year.

Colombian New Year can be a special time for locals and foreign tourists alike. There’s loud music, drinking, dancing, and fireworks. Bars and clubs let the merrymaking last all the way through the night until the early morning hours.

Every country around the world has its own unique blend of New Year traditions, and Colombia is no different. The country has its own set of traditional New Year activities passed down from one generation to the next.

From stuffing 12 grapes into your mouth to burning a life-size effigy at midnight, there are a number of Colombian traditions you can join and experience to commemorate the beginning of the upcoming year.

If you ever get to visit Colombia during New Year’s, here are 5 things you should try:

Get some grapes ready because in Colombia, when the clock strikes midnight, it’s traditional to eat one grape per chime - so 12 grapes in total.

Each grape equals one wish. But eating 12 grapes in 12 seconds is not easy. Make sure they’re seedless ones so you won’t have to worry about getting a stomach ache later on.

The tradition of eating 12 grapes originally came from Spanish culture - but was eventually adopted in Latin American countries. The practice dates back to 1895 and was established in 1909. The belief is that eating 12 grapes will invite a year of good luck and prosperity.

Older beliefs even say it repels against witches and evil, although this is more related to old heritage.

Do you love to travel? If you happen to have an empty suitcase lying around the house, then you might find this Colombian tradition interesting.

Prepare an empty suitcase at midnight and take it for a stroll around your neighborhood. According to tradition, this will attract opportunities for travel in the new year.

If you don’t want to lug around an empty suitcase, you can also fill it with travel essentials. As long as you make a full lap of your street, it essentially counts as taking part in the tradition.

You might even look around the neighborhood and see a few people doing the same thing. Although we’re not certain that this tradition really works, one thing we do know for sure is that it’s a fun activity to do to welcome the new year. Plus, giving yourself a bit of luck wouldn’t hurt.

On the last day of the year, Colombians burn life-size dolls called monigotes. These effigies are made out of cardboard, sawdust, and clothes. It’s a popular tradition and is often practiced in many Colombian households.

According to tradition, the doll represents the things they no longer want to bring with them in the new year, like old relationships, bad habits, or an old way of thinking.

Burning the doll symbolizes their desire to leave these things behind and look forward to the new year with a positive attitude, and invite in opportunities to start new relationships.

However, according to an article written by Alejandro Tur Valadares, the tradition almost came to an end in 1959. When Fidel Castro became the leader of Cuba, he banned the burning of dolls and stated it was bourgeois fraud, as recalled by independent journalist Clemente Álvarez Díaz.

Thankfully, this old tradition has made a popular comeback and is now commonly practiced on New Year’s Eve.

Taking a cold river bath is a special tradition in the Valle del Cauca region and the city of Cali.

If you ever happen to visit the region during New Year, you might be able to see locals heading to the Pance River during the early hours of the last day of the year.

They would wash their bodies with soap in the icy cold waters of the river. They believe that washing themselves in the Pance River on December 31st will get rid of any negative energy around their bodies.

Although there’s no solid evidence that this is true, there are benefits to taking a cold bath in the mornings. It can reduce stress levels, and by enduring the icy cold waters, it can help increase your willpower.

In the west, there’s a saying about putting your best foot forward, and in Colombia, they literally begin the year by taking the first step with their right foot forward. They believe doing so will invite the new year with positive energy and help them make better decisions.

For a bit of fun, family members sometimes play a few tricks on each other. They might accidentally trip their sibling or parent so that they end up stepping forward with their left foot.

Although the parent might get angry over their children’s pranks, it’s usually all in good fun and there’s no serious harm being done. Just a couple of slippers being thrown around the house. 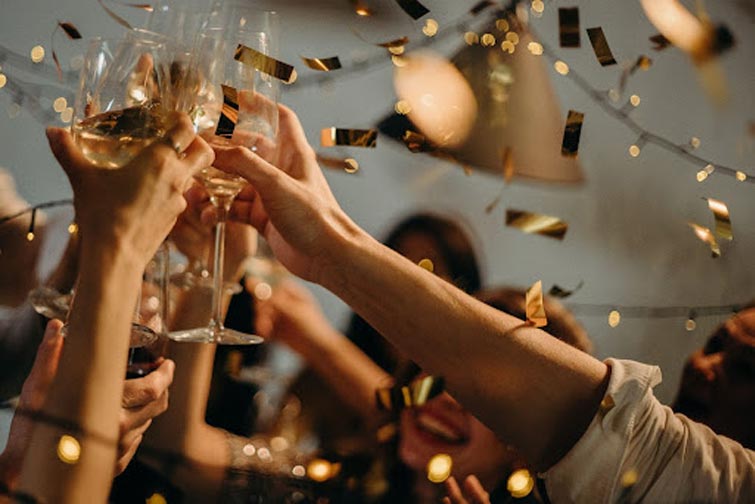 With the end of the year almost approaching, we say our goodbyes to the old year and greet hello to the coming new year.

In western cultures, welcoming the new year means attending lavish parties with friends or going to popular nightclubs. But in Colombia, many Colombians spend New Year’s with their families.

They chat and mingle with relatives and family members, prepare a big dinner and have a feast, have a few drinks, and even dance a little. They might play a few family games to keep themselves entertained and engage in other traditional New Year activities.

If people do intend to go out and meet up with their friends, it tends to be after midnight.

Do you have someone special to welcome the New Year with? Or are you thinking about traveling overseas to Colombia and meeting Colombian women?

If so, check out the Barranquilla Women Tours where you can travel to Barranquilla, Colombia and meet gorgeous Colombian ladies.

Sign up today and get the chance to experience Colombian dating culture. Because who knows, you might just meet the woman of your dreams!