Why Men Are Dating Colombian Women After Their Divorce 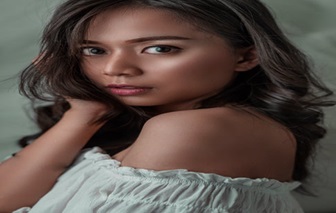 Learn more about what dating after a divorce for a man is like.

Dating after a divorce for a man is mostly about putting himself out there regardless of the amount of grief he’s experienced from having gone through a failed marriage.

Imagine being someone’s husband for a good few months or years, and now you’re going to have to meet new people and go through all the different stages of dating again.

You try and recall as much as you can about how you can hit it off with women so you can eventually find the right one with whom you can have a serious relationship.

Dating too soon after divorce, however, can be difficult on your part. Aside from trying to get over your ex-wife and striving to live through your new kind of normal, it’s possible that you may still have feelings of pain, regret, fear, or frustration, and that’s perfectly alright.

We all have our struggles, but you should know that divorce can also mean a new chance at love. Getting back on the dating scene with the hope of meeting someone who can make you believe in love again is just as exciting as experiencing it for the first time.

More often than not, the women you’ll be dating might be able to see through your broken spirit, because let’s be honest, it’s not that easy to hide. As such, dating immediately after divorce may not be such a good idea.

Taking time to heal is part of the process, and once you become interested in dating again, you will have a whole new perspective on things. Meeting a woman who can change the way you feel about love might just be your ticket to having a new relationship that is sure to last.

Other men may choose to date women around their area, but some go as far as other countries to find a new partner in life. If you belong to the latter group, you may also have considered downloading a dating app to see if you have a chance at overseas romance, which in truth, you do.

If you’ve been looking for legitimate dating sites and browsed through different foreign nationalities of women you want to meet, you will eventually be led to a variety of articles that claim how women in Latin America are among the most desired partners in the world.

Colombia in particular is where many men, especially after divorce, look for opportunities at a foreign love affair. There are many reasons why they painstakingly travel to the country just to find the love of their lives, and the following are some considerable ones:

1. They find exactly what they’re looking for.

Unlike other Latin countries, Colombia has the most variety in terms of beauty, especially when it comes to skin color. If you’re into lighter or dark-skinned women, Colombia has many options for you to choose from, including the naturally tanned ones. Every man has his own preferences, and it’s most likely that you can find a suitable match among Colombian women.

When you meet Colombian women in person, you’ll find that they are downright stunning. This is partly due to the fact that they embrace their femininity with pride. Not only are they capable of making you feel like a dominant man in the relationship, but they are also very comfortable about maintaining traditional gender roles.

With that said, you might as well expect that these ladies will dress to impress. Colombian girls don’t shy away from looking their best, especially in a very feminine way. Although they mostly prefer to look elegant and sexy, they also know how to dress conservatively.

3. Women in the country are more traditional.

Divorced men have their own stories to tell when it comes to the decision about ending their marriage. It could be from having too many misunderstandings and disagreements, or they have simply gotten tired of being emasculated.

As it turns out, dating Colombian women is sure to turn some tables. Because these ladies are very accepting of traditional gender roles, it’s typical for them to desire a masculine partner. Considering how they are in a relationship, you will definitely feel more of a man when you’re with them.

Dating online has become prevalent between foreign men and Colombian women. It’s mostly a trial-and-error process, so you might as well invest a good amount of time and effort as you test out the waters with the gorgeous Latinas you’ll be meeting. While there are claims about Colombian women being too materialistic, dating in Colombia, for the most part, is inexpensive.

How to Succeed in Dating Colombian Women After Divorce

1. Know that chemistry is not enough.

If beauty or physical chemistry is what you’re after, perhaps dating after divorce is not for you. In fact, good chemistry might not be enough for you to hit it off with someone you really like. Even you would agree that two people who are truly interested in each other would still need time to create a connection — one that would surely last. Therefore, it becomes important that you go on several dates and spend as much quality time as you can with the woman you wish to be in a relationship with.

2. Make sure you’ve moved on from your past.

Well-meaning friends may pressure you to get back into dating again, but only when you no longer have any resentments and have reached a healthy emotional state where you can open yourself up to a new relationship. Of course, you’ll need some time to process your feelings to make it fair for your new potential lover.

3. Watch out for girls who seem too perfect.

After experiencing a failed marriage, you may notice yourself in need of more affection and validation than usual, and that broken spirit may become even more obvious that those with bad intentions may victimize you for their own pleasure.

The same with being careful when dating someone online, you need to watch out for women who seem too good to be true, because it’s possible that they are.

There Is No Need to Rush

All things considered, dating after a divorce for a man shouldn’t have to be difficult or discouraging. As long as you take the time to understand what it is you’re looking for and hope to accomplish, you can prevent yourself from committing the same mistakes, and most of all, be able to look forward to a more fruitful relationship where you can be happily in love. Take it slow, and you’ll eventually end up with the right woman.